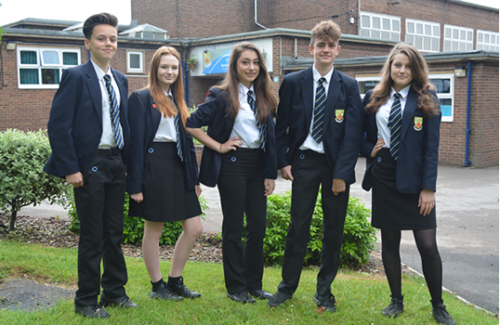 Role Reversal: When You Come to the Mormons

One of my previous article entries I shared how in the twelve days of Christmas, roles reversed, other than weird travesty, men and women who were rich, were playing peasant on the 12th day of Christmas, and the peasants got to be king and queen, it was a time of madness and wild card tomfoolery. I myself had a twelfth night encounter three days prior to the Christmas season today when I knocked or well walked into a Mormon church, I kid you not, and sit down and discuss with the Mormons, and talked to them. I did want to give you a heads up I am not a Mormon, nor do I plan on converting because of my love for my faith in Christ, my beliefs are in an Assembly of God church.

I was sitting with two nicely dressed young men in dress shirts, ties, sweater vests, and black name badges with the term “Elder” and a second name. The two were in their late teens and early twenties. We discussed what they believe in, they believe in family, they are big on family, they want children, and believe in the after life they will continue to have children after they die. They believe a baby whether still born, aborted, miscarried, or if the baby was born and died young, they go to heaven, which I agree with. I was a little curious because I am a believer in heaven and hell, if they believed in heaven and hell, and well my response was this.

They believe in a three level of heaven. They believe in a celestial heaven, where when you die, and you believe, (I’m assuming Mormonism) you will be with God as they refer to him as Heavenly Father, and Jesus. The terrestrial in my opinion is probably where they think I would go. I believe this is because if you reject Mormonism but are a good person you make it. Then there was the telestial and this is like the concept of hell, this is where people who could have been good, but they chose to continue sinning.  This is where we disagree because I believe in a new heaven and a new earth with God because of the teaching in Revelation in the New Testament.

READ  LOVE OR INFATUATION- WHICH ONE IS YOURS?

The one question I needed to ask was the “Elder and the second name next to it”, So Catholics have a second name based off a saint, the two gentlemen explained that they just use their last name with the Elder. The next interesting thing is they have a set schedule, they get up and pray, study read the Old, New Testaments, and of course their Book of Mormon. These gentlemen are out witnessing from 8:00 o’clock in the morning to 9:00 o’clock in the evening. I was also informed these two were not actually compensated for their missionary work, but because they are missionaries here the church covers their rent, their livelihood which is interesting.

The other thing I brought up that was odd, and apparently, I was a little uninformed about they can have soda products, they just cannot have alcohol, coffee and tea. The tea really threw me off, because if soda has caffeine in it and they can have it, but tea has caffeine in it they can’t? The other thing is unlike coffee which is a stimulant, didn’t think tea at all was bad for you, but then again, a dentist friend said soda was way better than tea, moving on, they don’t have coffee and alcohol because these two have addiction possibilities. You see so many people daily getting their coffee like they cannot live without it, and this is just a non-Mormon perspective.

Another thing I learned, and I had to ask about this is the to understand this. When you see the nicely dressed clad gentlemen at the door, they aren’t people that know each other. They explained to me that they are paired with another Mormon they live with this person, and they live with each other for about six weeks to three months, and sometimes it is extended. Then they move on and have a new Mormon companion. Then the other thing that they were saying is that they meet a lot of people. While this was brought up, they also told me as Mormons they do have to go to Salt Lake City or Utah, they have to put in an application in like a job, they then said the Mormon president with his twelve apostles, (I myself found that strange), prays over the candidates and asks God where to send them.

READ  A CERTAIN NIGHT AT AUSCHWITZ

I wanted to share another thing that was brought up that should be taken note of, because this is important to faith and belief about God the father. As a Christian we believe that God was in the flesh once and that was in the personage of Jesus. However, we do not believe God the Father was once a mortal man, lived a perfect sinless life and was resurrected from the dead. I tell you this because in our discussion one of the missionaries brought up that God the Father was a person and he was resurrected in the discussion it didn’t last very long, and I said oh how does that happen, it didn’t go anywhere.

Another thing discussed was about the garden of Gethsemane. I suppose my church shared a “Mormon doctrine,” don’t necessarily know where to stand on this but here goes. The Mormons believe that Jesus was sweating drops of blood, and that these sweat drops in regard were for all the sins of the world. I noticed here the cross kind of was not mentioned, and that the sweat drops of blood at his agony, praying for people was what saved them. We also talked about scripture in John 17:3 saying “And this is life eternal, that they might know thee the only true God, and Jesus Christ whom thou hast sent.” This to my honest conviction often makes me see the bond of Jesus and God, as I see the marriage bond.

Now granted there are other doctrines which they believe that have not been discussed but can be further discussed at a later time but I wanted to share the insight from genuinely getting to know two individual Mormons, again they are people, and they have a perspective may not the perspective I share in my faith but education, and information is key. I do have other issues with Mormonism myself, though I did at times finding myself agreeing, the thing that got me to say yeah not sure if this is for me, seeing I believe God is in fact always and has always been immortal and never lived other than as the person of Jesus. I am also old school an old fashion fire and brimstone, heaven and hell kind of Christian.  My take away from this whole experience is I really liked these two people more than I thought I would, and it was their personalities, not so much their doctrine, and that’s why I went. To be honest I still kind of funny that Non-Mormon me played the part of the Mormon minus well the button-down shirt, tie, dress shirt, shoes, and the black elder badge.

READ  What Your Number One Problem Is Likely To Be and Surprisingly, What It Is Not

This is an article based on a conversation I had with some local Mormons, pretty educating, and ironic how I was the one who came to them
Stories
Disclaimer: The views expressed in the article above are those of the authors' and do not necessarily represent or reflect the views of HighlightStory.com.

READ  Are You Ready To Giving Up On Getting Her Back
READ  INSECTO-CIDE
READ  Family Fishing Trips, Read Now!
READ  GOD'S PROPERTY
READ  8 Writing Tips That Will Make You a Powerful Storyteller
READ  Why Free Speech Matters?
READ  The Rich and The Poor
READ  INSECTO-CIDE
READ  Why Free Speech Matters?
READ  What Your Number One Problem Is Likely To Be and Surprisingly, What It Is Not

READ  LOVE OR INFATUATION- WHICH ONE IS YOURS?
READ  Are You Ready To Giving Up On Getting Her Back
READ  8 Writing Tips That Will Make You a Powerful Storyteller
READ  The Rich and The Poor
READ  A CERTAIN NIGHT AT AUSCHWITZ

READ  INSECTO-CIDE
READ  Are You Ready To Giving Up On Getting Her Back
READ  LOVE OR INFATUATION- WHICH ONE IS YOURS?
READ  What Your Number One Problem Is Likely To Be and Surprisingly, What It Is Not
READ  8 Writing Tips That Will Make You a Powerful Storyteller