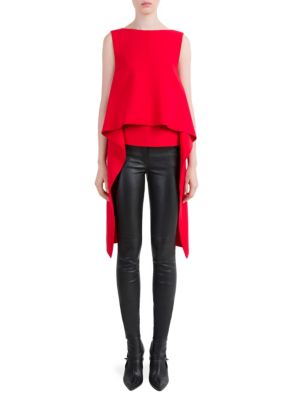 The world of fashion has never had any monopoly control because it is the change in different patterns and designs that have ruled the market continuously. As far as the international design market is concerned, the French designers have always had dominance, and whether it is the little black dress or the first women’s suit that was designed, French designers have always come up with something new. And this gives a vision for the future as well.

A very popular name in the world of fashion, but what most people are not aware of is the original name, Gabrielle. She was the figure who brought in a revolution back in the 1920s in the women’s wardrobe. The ‘little black dress’ which made a place in the feminine world along with the neutral tones in the dresses was something that Gabrielle brought in for the first time. It was the liberation of the women that was a movement going on, and she aimed at synchronizing all the women’s clothing accordingly. However, her career in the fashion industry started with hats, and it was much later when she began exploring the clothing and successfully made black the staple color. The chic black classy look is what she perpetrated out of her imagination.

Givenchy women’s clothing is a dream collection, and it isn’t just the fine materials but the unique designs that he learned from the National School of Fine Arts that made these dresses the most fashionable. Even though the first couture collection was presented at least more than half a century back in 1952, the brand has not lost its craze in the contemporary market as well. It is the evolution that scripts the success story for the brand. Starting from Audrey Hepburn who is considered to be Givenchy’s eternal muse to the latest Hollywood divas, everyone has embodied the brand over the years. Of all the unique collections, it is the shirtdress that set the trend back then, and it is still an iconic piece that appears on the runways even today.

READ  How to Wear a Saree to Look Slim

The 20th century has indeed seen many fashion designers who have focused on empowering the women, and it was the Feminist wave that driven them to indulge in this fiery trend. Even though he started his career working for some local brand, it didn’t take him much to partner with a friend and launch his brand. Time was just a factor for Saint Laurent to find prominence in the fashion industry and achieve success. There was a time when Saint Laurent was given the responsibility for dressing up most of the influential women in the world. Many do not know that the jumpsuit that women love nowadays was designed by him for the first time. Also, there are a few emblematic pieces like the pea coat and women’s tuxedo that is considered to be his brainchild. His fondness for art has been justified in the Mondrian dress, one of the 20th-century contemporary masterpiece in the world of fashion.

So whether it is the Chanel dress or the Givenchy perfume for women that you are crazy for, never forget how strong the French connection is with these items. The future that they saw back then is the reason we enjoy the present, and such a vision marks the brilliance of these reputed fashion designers.

Mallory Fowler is a freelance writer with years of experience. In her recent blog she speaks about Givenchy womens clothing and how customers can lay their hands on the latest offerings from the brand at stores near them with a little help of shopping search engine, Xwalker.Com
Fashion
Disclaimer: The views expressed in the article above are those of the authors' and do not necessarily represent or reflect the views of HighlightStory.com.

READ  Top Advice on Bridal Gown and Tuxedo Rentals that never fails
READ  Tassels: Falling Head over Heels For These Dancing Jewels
READ  Customized Wristbands Ooze Fashionable: Why And How To Wear
READ  How to Wear a Saree to Look Slim
READ  Iconic 90s Fashion Apparels You Will Still Love to Wear

READ  Top Advice on Bridal Gown and Tuxedo Rentals that never fails
READ  Luxurious Home Decor to Revolutionize your Home
READ  How to Wear a Saree to Look Slim
READ  Necessary qualities to begin the work as Sunglasses Distributors
READ  Customized Wristbands Ooze Fashionable: Why And How To Wear