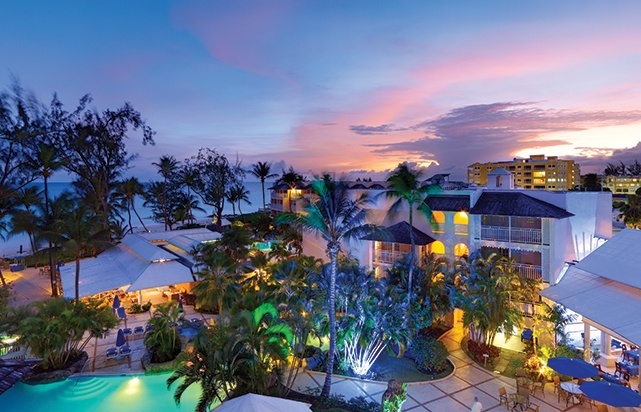 On the first day of Christmas my true love gave to me a partridge in a pair tree. Then when December 26th comes, and we suddenly just stop celebrating the birth of the Messiah. The boxes, thrown away Christmas day, the tree taken down on December 26th and we just waste away until New Year’s Eve, and after New Year’s Day we are sleeping in, getting ready for work the next day. Why are we wasting the last days of the year just planning on getting drunk? Christmas is not over on December 25th when the clock strikes midnight at 12:00a.m., Christmas is a season right after the four weeks of Advent prior.  The song the twelve days of Christmas no joke in all seriousness was in fact how long people in Europe used to celebrate, up until January 6th, and it is debatable based off the calendar some say Christmas ends on the 7th, where others argue it ends on the 6th.

There is the “Twelvetide” or the Twelve Days of Christmas and every year it starts on December 25th and the whole season prolongs up until the twelfth night which is normally January 5th of the next year, and January 6th is the Epiphany, and then the Orthodox Christmas begins the 7th of January.  Traditionally people would open presents on both December 25th and January 5th or epiphany eve or the “twelfth night”, while still others would give gifts through all twelve days. This is because of the wise men giving to the newborn King the frankincense, myrrh, and gold I get it you’re on a budget you cannot possibly afford 12 days of expensive Christmas gifts, I get it, Some traditions to the twelvetide or the twelve days of Christmas would include other than gift giving, putting a candle around the house one candle per night up until the twelfth night with twelve total candles, and light the candles each night, one can have a nativity scene and move the Wise men closer to the scene of Mary, Joseph and baby Jesus, to signify what the Epiphany is about, it being about when the Magi visited and bowed to Jesus, people can also sing a lyric each night of the song the twelve days of Christmas to the buildup of the climax on the twelfth night, along with these, one can bake or buy a three kings cake which is cake in the colors of purple, green and yellow much like the colors of Mardi Gras, but to symbolize the three kings, and usually this cake will have a little baby Jesus if purchased.  Other things that can be done is make a Wassail drink which is a kind of apple cider mixed with other drinks, some alcoholic, but if you choose like myself to be sober that too can be an option.

While many Catholics, Anglicans, Methodists, Lutherans, Eastern Orthodox, Episcopalians, celebrate this holiday, they don’t push for Christmas music right after Thanksgiving, they sing hymns in the season of Advent to await the coming of the Messiah born on what we consider December 25th.

The twelfth night historically speaking was a day of madness, and role reversal,  though saying a prayer to God each night, reading a certain passage from the scripture of his nativity instead of being rushed from Black Friday to December 25th to read the entire nativity story, break it up into the next twelve days, and dwell in God’s presence. Epiphany has a little to do with the New Year as well. The reason the Epiphany has significance to the New Year is this, every Epiphany mostly in the Mediterranean men and women will be dressed in their swimwear, and a person will throw a blessed cross into the ocean, and there is a race, and it is said that whoever grabs the blessed cross will have Epiphany blessings in the upcoming year.

Currently Canada, and Europe recognize the 26th as a federal holiday and bank holiday, and the day is called Boxing day. In history this was the day workers would receive boxes of gifts from their Lords. Now based off the Catholic calendar each of these days is based off a certain scripture or a saint. The 25th of December is the celebration of the Nativity of Jesus the main focus, and reason we are celebrating, and  the 26th is dedicated to Saint Stephen, the 27th is dedicated to John the apostle, the 28th is dedicated to the infants who were Massacred by Herod’s soldiers, the 29th was for a St. Thomas Beckett, the 30th St. Egwin, the 31st was dedicated to St. Sylvester, the 1st is dedicated to Mary, but also that would be the day of Jesus circumcision because in the Jewish law on the eighth day a male child was circumcised, the 2nd was St. Basil, and St. Gregory, the 3rd is dedicated to Jesus, the 4th is dedicated Saint Simeon, and the 5th, the twelfth night is Epiphany Eve.

READ  LOVE OR INFATUATION- WHICH ONE IS YOURS?

As a practicing Non-Catholic these twelve days will be probably focusing on the children who were massacred, the baby Jesus, the nativity of Jesus, perhaps the gift giving, the attempt to make both Wassail, and King’s cake. The next goal is to perhaps buy small gifts for the 5th of January for people who are dear to this individual. This time will be a time of reflecting, and as the tradition goes, the lights, the tree, and the decorations can stay up until January 5th, and on Epiphany are taken down, and the Christmas goodies, must be all eaten up by then. Sure, the new year’s goal of losing weight is a good thing, but a little snacking is okay.  May you have a blessed Christmas season, I hope you enjoyed that you can celebrate Christmas longer than just for a day.

This post is a little information about Christmas, many know Hannukah is a festival of eight nights, and Kwanzaa is seven nights, but many may not know that Christmas begins December 25th and ends not the 25th, but the 5th of January prior to Epiphany.
Stories
Disclaimer: The views expressed in the article above are those of the authors' and do not necessarily represent or reflect the views of HighlightStory.com.

READ  How African Entrepreneurs Can Capitalise On Estonia's E-Residency Programm
READ  TRUE JUSTICE
READ  Are You Ready To Giving Up On Getting Her Back
READ  The Rich and The Poor
READ  Family Fishing Trips, Read Now!
READ  8 Writing Tips That Will Make You a Powerful Storyteller
READ  8 Tips on Spring Cleaning Your Closet
READ  A CERTAIN NIGHT AT AUSCHWITZ
READ  Family Fishing Trips, Read Now!
READ  TRUE JUSTICE

READ  8 Writing Tips That Will Make You a Powerful Storyteller
READ  LOVE OR INFATUATION- WHICH ONE IS YOURS?
READ  Are You Ready To Giving Up On Getting Her Back
READ  A CERTAIN NIGHT AT AUSCHWITZ
READ  How African Entrepreneurs Can Capitalise On Estonia's E-Residency Programm

READ  8 Writing Tips That Will Make You a Powerful Storyteller
READ  LOVE OR INFATUATION- WHICH ONE IS YOURS?
READ  Family Fishing Trips, Read Now!
READ  TRUE JUSTICE
READ  The Rich and The Poor