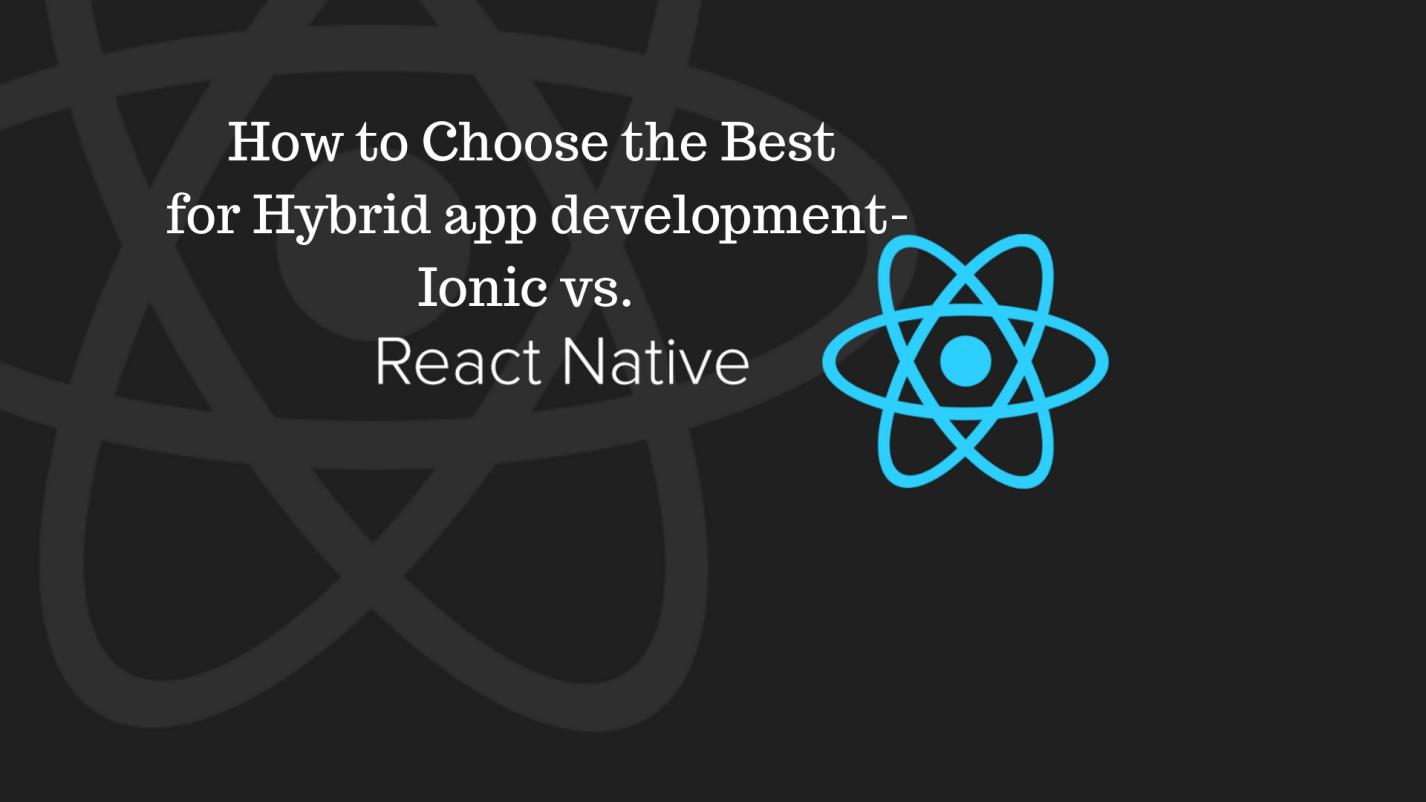 Wise choices, as we all know, go a long way in making or breaking a deal. And being an app developer definitely requires you to have a critical eye out on popular trends in order to pick up the best technology. The latest news is that there is a neck to neck competition in the market between Ionic and React Native.

Which is then the best framework that can be used for app development? Before jumping into a debate, you must first under the differences in the two frameworks.

Let’s begin with Ionic. Ionic is an open source, cross-platform hybrid mobile app development framework based on the HTML5 programming language. It requires both Cordova and PhoneGap. It has some great advantages like it has a rich set of innovative features mobile components and interactive paradigms. It also boasts of expertise in advanced technologies such as CSS, AngularJS and JavaScript. Moreover, it is easily readable, free and maintainable which comes in very handy when designing an application.

But let’s not get ahead of ourselves here and reach a conclusion before discussing React Native. It is essentially a JavaScript library that been ambitiously managed and maintained by a community of expert React native developers and leading corporations such as Instagram and Facebook. It is widely used to develop the user interface and helps in developing hybrid mobile applications by reusing the code already used in any Android or iOS applications. Like before, it helps to list out a few advantages one of which is similar to Ionic that existing codes can be used which makes app delivery quick. A very huge plus point is that it is independent of iOS and Android platforms implying that the code developed can be used across both the platforms.

READ  How to Print Multiple MSG files to PDF in Batch

Coming back to the question at hand, what then is the future of app development?

To answer that question, a categorical comparison between the two frameworks will make our job here easier.

READ  What We Must Know About Artificial Intelligence Supply Chain Management

Having established all the above facts, it times to draw conclusions. Which is better between the two and also forms the future of app development? Quite clearly, Ionic and React Native are pretty different when it comes to offering web and mobile app solutions. But if there has to an answer, the option of reusability of the code and excellent performance of the apps developed by it bring React Native to the forefront.

Although it is evident that both apps have their own pros and are both good when it comes to efficiency and effectiveness, React Native stands out because it is suitable for each app development whether it is a startup or an established enterprise level app development. Moreover, React native offers a slightly better app development experience as it is extremely fast and very responsive too.

Kavya gajjar is a Marketing Manager at AIS Technolabs which is Web design and Development Company, helping global businesses to grow by React Native Ios App Services. I would love to share thoughts on Social Media Marketing Services and Game Design Development etc.
Technology
Disclaimer: The views expressed in the article above are those of the authors' and do not necessarily represent or reflect the views of HighlightStory.com.

READ  An Informative Guide on Cloud Computing Vs Traditional IT Infrastructure
READ  How Plasma Cutting is Helpful for Industries?
READ  Learn Different Techniques to Transfer Data from NSF to PST
READ  The 9 Business Tasks That You Can Do Better with a Mobile App
READ  How to Print Multiple MSG files to PDF in Batch