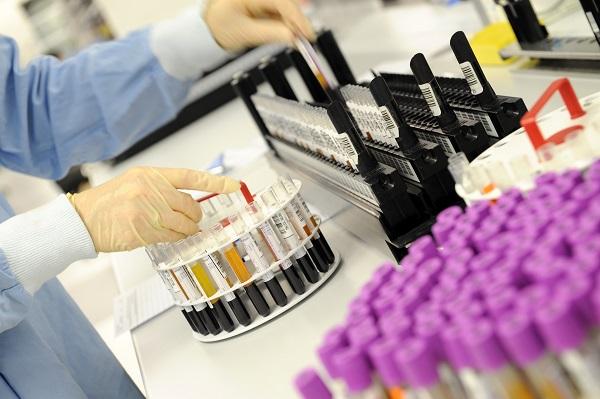 Albany, New York: Blood transfusion diagnostics are products used to conduct tests before transfusion of blood and blood products from donor to recipient. These products include instruments such as analyzers and centrifuges, and kits & reagents for various tests such as blood grouping and disease screening for donors as well as patients. Blood screening is a major step in the pre-transfusion process. Various instruments, test kits, and reagents based on molecular and serological techniques are used to detect transfusion transmitted infections (TTIs) along with establishing the compatibility of donor and patient blood group before transfusion. The global blood transfusion diagnostics market was valued at US$ 3.0 Bn in 2016 and is projected to expand at a CAGR of 5.9% from 2017 to 2025 to reach US$ 5.5 Bn by 2025.

Increase in shift toward automation in blood banks is likely to benefit blood collection facilities due to reduced turnaround time for test completion and overcoming the shortage of workforce required to conduct the requisite tests. Deployment of automated systems is anticipated to help these facilities to reorganize workflow and increase efficiency. Rise in demand for blood and blood components transfusions owing to large patient population suffering from chronic diseases such as aplastic anemia, sickle cell anemia, and leukemia is the major factor driving the blood transfusion diagnostics market. According to estimates provided by the American Cancer Society, nearly 62,130 new cases of leukemia were reported in the U.S. alone in 2017. According to Centers for Disease Control and Prevention (CDC) estimates, 100,000 people are affected by sickle cell disease in the U.S. each year. Rise in incidence of chronic diseases presents large patient population requiring blood transfusions. This is expected to drive demand for blood transfusions, leading to increase in demand for transfusion diagnostic instruments, kits, and reagents.

READ  Get to Know about Hgh Supplements

There is a shift toward automation of instruments, multiplexing assays, and new techniques for blood grouping and disease screening, delivering high throughput results with reduced turnaround time, and enabling health care providers to analyze multiple samples in short time. In February 2017, Immucor, Inc. announced the launch of MIA FORA NGS FLEX HLA Typing Assay, a new molecular test for blood typing. Increase in government initiatives and implementation of policies regarding blood safety and availability are anticipated to drive demand and consumption of blood transfusion diagnostic test instruments and kits, which in turn is likely to propel the market during the forecast period.

READ  How Writing in a Journal May Help You to Manage Depression?

Based on application, the disease screening segment accounted for the largest market share in 2016 and is expected to gain market share by 2025. Increase in emphasis on disease screening tests owing to rise in incidence of transfusion transmitted infections is likely to augment the segment from 2017 to 2025. In terms of end-user, the blood banks segment held the dominant share in terms of revenue in 2016.

The segment is projected to maintain its lead over the other segments during the forecast period. Increase in number of blood banks and blood centers globally is expected to fuel the growth of the market.

Pragya Tripathi is a senior SEO executive at Transparency Market Research, a market-intelligence firm based in India and the United States. Know more about Blood Transfusion Diagnostics Market Research Report.
Health
Disclaimer: The views expressed in the article above are those of the authors' and do not necessarily represent or reflect the views of HighlightStory.com.

READ  How Writing in a Journal May Help You to Manage Depression?
READ  The Best Rhinoplasty Surgeon in Los Angeles
READ  Know How To Encourage A Child With Autism To Be More Active?
READ  Vitamin Warehouse: The Right Health Supplements for Men and Women
READ  Highly Informative Details Regarding Forskolin

READ  Get to Know about Hgh Supplements
READ  Rapid Opiate Detox
READ  7 Additional Reasons To Include Cinnamon In Your Diet
READ  Highly Informative Details Regarding Forskolin
READ  How Writing in a Journal May Help You to Manage Depression?