Historians have associated Halloween to Samhain; the Celtic festival celebrations are at the end of the summer. The Celtics have different mythologies about the festive. They believe it is the veil between the world of the dead and the living reunites. It was during this time of the celebrations that the souls of the dead returned.

The history of Halloweens dates back to the ancient Celtics competition of the Samhain. Over the years, the Celts lived in Ireland. In addition, it is celebrated in the end of harvest and start of a new year. This period marked the stop of the summer. It is the time of the year related to death.

Celts believed a blurry border between the dead’s lives and the living on the New Year’s Eve. Celts made could predict the future. To celebrate the various festive various practices, occur:

People ensured that they made food offerings. The offerings were vital for them to make sure that they were on the right side with the spirits. It was then the best way to appease the spirits as well as the departed ancestors. The mirror had a symbolic meaning. It gave them directions. Looking at it, they could identify where they went wrong and try to rectify it. It was the best item to judge on their daily practices. 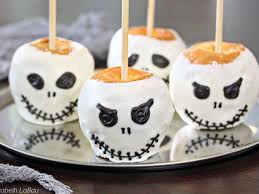 Halloween parties are related to the pumpkins. Apples played a significant role in the history of Halloweens; they connect with the Celtic myths. These apples were in the bobbing games within the night parties. It was the most popular party night. People could dunk their heads high to try to bite the floating fruit. It was the best practice quest to identify their future spouse. Ladies made a mark of the apple and tossed it in water; whoever took a bite of it was destined to be their future spouse. 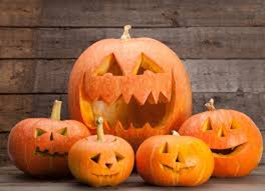 They symbolized a fateful deal with the devils. These jack lanterns surrounded every homestead to scare the evil spirits; the lights were in a pumpkin decoration. These pumpkins consisted of ghoulish faces illustrated by the candles to symbolize the Halloween season. This form of practice had earlier come from Ireland. Irish immigrants later brought on the borrowed tradition to the Americans. Americans took part, making it part of the Halloween festivities. Everyone was happy about this new tradition and made it their practice.

Candies and trick and treating party

Trick and treating have had an ancient precedent while the issuing of the candies came in later. The old kids dressed up as evil spirits. The form of dressing was to confuse and scare away the demons. In medieval times, they would go around the wealthy homesteads begging in for the soul cakes. Instead of playing tricks to earn the cakes, they would pray for the people’s souls. Songs, dances, and playing tricks were the famous act of carrying out these celebrations. 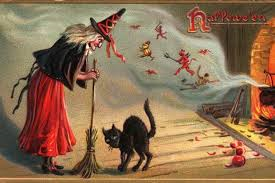 Celtic ancients had lots of traditions. It was a form of tales made in the dark, scary night. This form of ritual stated elements of a girl who could appear in the bathroom mirror. It was by blood, darkness, and finally, the appearance of the cursed Mary. Black cats are linked with a mystical being. Cats’ costumes were typical in Halloween parties’ history. The appearance of these cats was a sign of switches. They believed that these witches transformed themselves into cats and appeared to them as a symbol of distrust.

READ  Ideal Flowers for Every Occasion by Flower Company 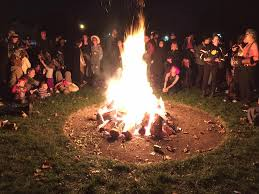 The celts would build massive bonfires. It was to burn crops as well as animal sacrifices. All these were to appease and honor the Celtic gods. Villagers from different origins gathered to witness, dance, and celebrate. They wore costumes made of various animal heads and skins. The bonfires attract bugs and evil bats.

Candies are the everyday meals in the Halloween parties. The parties, kids’ events are the heck of everything; the sweets include the Halloween cupcakes and cookies. They make use of other pudding cups. A brownie that is a delight to the adults and the kids will make the best out of it by giving the kids’ favorite dessert, appetizers, and cocktails. All these desserts distribution occurs at the end of the party to those with less fortune.

The Halloween festival occurs every October 31st. It marks the year’s pivotal period when the seasons change. This period is unique as it marks the transition of life. The living can interact with the departed souls. The history of Halloween brings in the traditions and cultures of different communities. Different rituals were conducted to mark the day. The eve of the party was so important. Arrangements were made for the event to be remarkable.

Naman Modi is a Professional Blogger, SEO Expert & Guest blogger at Aroundtheclockgifts. He is an Award-Winning Freelancer & Web Entrepreneur helping new entrepreneur’s launches their first successful online business.
General
Disclaimer: The views expressed in the article above are those of the authors' and do not necessarily represent or reflect the views of HighlightStory.com.