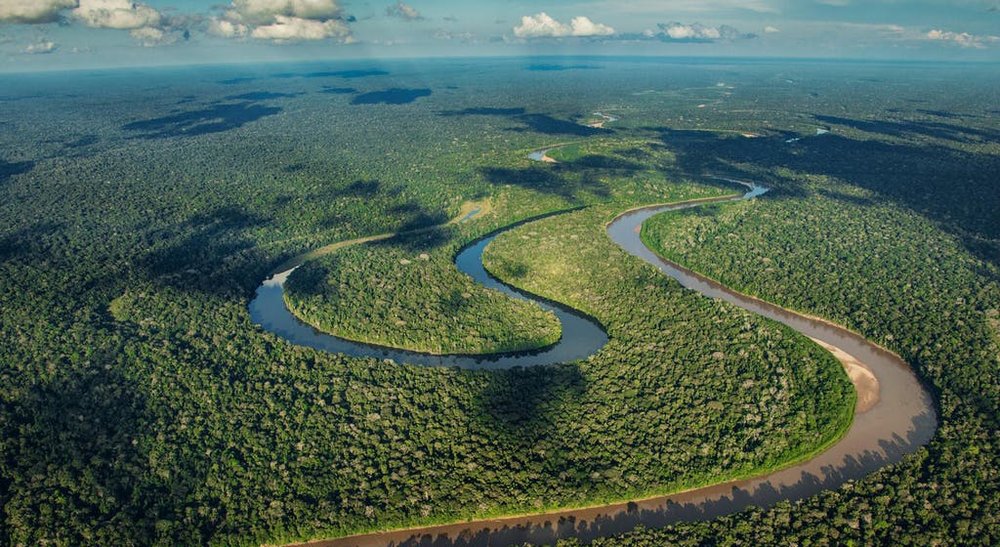 Most people imagine shamans as a kind of wild wizards – they’re dancing around the fire to summon rain. However, shamanism today still exists, but in truth it is far less grotesque, but a whole lot more captivating.

We decided to learn more about the modern day shamans, so we’ve interviewed a person who witnesses shamanistic practices firsthand.

Why did you want to go to Peru for an Ayahuasca ceremony?

It was never a momentary decision. Back in 2011, me and four other people ventured deep into the Karelian taiga, seeking knowledge. We were going to reach one of the most mystical places in all of Russia – Mount Vottovaara. There, we came to an agreement that we need to venture forth to the Amazon Rainforest and seek out Peruvian shamans – powerful human beings able to communicate with spirits with the help of local plants and ayahuasca.

Wasn’t it frightening to go there? Were you prepared enough?

We were gearing up for a year. There wasn’t as much info on ayahuasca ceremonies and where they were conducted back then, so we had to plan out our every move carefully. However, a year has passed and we were sitting in an airplane, venturing towards the unknown.

Did you all have a common goal or were you all interested in your own ideas?

The decision to travel all the way to Peru and undergo an ayahuasca ceremony should be very personal. Every man has his own reasons. I had my own and other people could be looking for a way to alter something in their lives. At times, people are looking for the new means of treatment. One way or the other, such a journey is bound to mean hope for new changes in life, hope for new knowledge and such. Most people undergo the experience and are change for life in a better way. The practices know many cases when people were literally saved by the ceremonies from the horrible things in their lives and some even were healed from grave illnesses.

Where can you find such a ceremony?

There are several options – mainly Peru, Brazil and Ecuador. Both Ecuador and Brazil are less preferable and if you wish to get an authentic experience, you will need to travel to Peru. Of course, there are certain retreats in Europe – in places where such ceremonies are legal to begin with. Foreign shamans are organizing those rituals when they visit Europe for a short period of time. However, in my opinion, if you wish to change something in life and you crave an authentic experience, going to Peru is the right way to go. Sure, you will need to travel to another continent, but that’s part of the experience. It is as authentic as it gets and its really is offering you the very best way to deal with your actual problems the right way.

So what was your goal when you decided to attend the ritual?

As I said, we got the idea of going to the Amazon Rainforest on the shamanic trip. The shamans called us to share their wisdom and power. It is difficult to explain how exactly that happened, but we felt that we should go to Peru. It was like a common impulse that was induced by the experience and we all suddenly realized exactly what we needed to do.

I mentioned before that the idea for our trip to the Amazon Rainforest emerged during another shamanic experience. It was a sort of a calling. To be honest, I was interested in shamanism way before all this. Since I was four years old, I realized that I can experience the world in a different way, much unlike most people on the planet. I was not sure how to deal with this gift until I found my first teacher. It was him who took me and others to Peru and hosted the ayahuasca ceremony. Keep in mind – I never chose anything, I was listening to my heart and anyone willing to get a similar experience should do the same.

Could you tell us about the modern shamans and how people should take them?

First of all, it is important to understand that modern shamans are not gurus or saints – they are ordinary people who have experience in dealing with the spirits, energy and plants. People who are looking for wizards, will definitely be disappointed. On the other hand, a good shaman can help determine the root of one’s problems and provide guidance that will eventually help them alter their life. Shamans in Peru cannot do all the work for you – they can only guide you towards the right path, but the rest is up to you. A shaman cannot heal you right there and then, on the spot – instead, they will be offering you their hand and their guidance that will allow you to make the most from your needs and requirements in the future.

During the shaman practices, people often realize exactly what they need to change in their lives in order to get rid of bad things and bad habits. I’ve experienced a number of different centers and things there are far more different from the things that you see on the internet. In Peru, shamans are using a different approach and one that could shock or irritate you – just like in the books of Castaneda.

Of course, you will need to respect the locals and their traditions and in case that something is troubling you, you can always talk to the shamans via an interpreter. The shaman will work with you accordingly, taking into consideration what worries you.

What about the Ayahuasca ceremonies?

The ceremony itself takes part in maloka – a special kind of tent with either a pyramid shape or a round one. The ceremonies only take place during nighttime. The people participating in them, gather in maloka and wait for the shaman who is about to pour out ayahuasca.

Everyone in the tent is drinking a portion of ayahuasca and lie down on their mattresses, waiting for an effect. It comes in about an hour – the lights are turned off and the shaman who is called curandero in Peru, starts to sing Ikaros – a very special kind of song. It is a traditional kind of chanting that is sending the right kind of vibes to the people who are taking part in the ceremony.

The song is in the Shipibo language and it is the main part of the ceremony that allows the shaman to work with the people around him. In a couple of hours, once the effects of ayahuasca begin to fade, all the participants go to their houses and need to be alone for a while in order to think about the special kind of experience they just got.

And what of the ayahuasca itself? What is the effect? Are there actual hallucinations and is it dangerous for one’s health?

Ayahuasca is a brew of two separate plants – namely ayahuasca liana and chacruna leaves. All shamans have their own recipes when preparing it and in most cases will use a dozen or two of plants. Ayahuasca on its own causes vomiting and no effect will appear devoid of chacruna leaves. Some shamans prefer to use pure ayahuasca for the ritual.

Still, regardless of how much you read about it, no matter what kind of things your friends told you about it – words cannot describe the experience in full. This is one of those things that are too mysterious to have an explanation and cannot be turned into a bland scientific formula. In order to make the most from the experience and to actually see the things that you were meant to see, you will need to experience it all on your own.

Ayahuasca for shamans is nothing less than a truly living being – a spirit that demands from you to follow certain rules. These include a strict monthly diet as well. Most Peruvians consider ayahuasca to be a medicine rather than a hallucinogenic brew and the effects vary from one person to the other. During the first ceremonies, people may not eve experience anything, but in some other cases they will experience strong and vivid hallucinations. It is quite challenging to say for certain how it will affect you.

How long did it take for your retreat to last and what kind of procedures did you have to undergo? What the living conditions were and how many people were staying with you?

While in most cases complete retreats last for up to 2 weeks, you will need to keep in mind that the first three days of ceremonies are meant to help you clean your body in order to prepare you for things to come. The work on your problems begins only after that. The procedures vary from one center to the other.

You can bath with herbs, clean your throat and nose, explore different plants and flowers. Furthermore, the shaman is carefully selecting certain plants for every single participant, which is very important – through that, he means to connect you with the spirit of your plant in the right ways.

As for your living conditions – you will live in your own house called tambo and will lead a secluded and ascetic life. Of course, there are other people around, but you will not be bothered – it is an important part of the process to remain all on your own and to follow the diet.

Were you pleased with the results?

As I said – every experience is different and I had the pleasure to witness different kind of those. Some people were healed and others were saying sincere thanks after some time, when they managed to right the wrongs in their lives and finally came to the results that they were hoping for. As for me – yes, I think it is safe to say that the Amazonian healing techniques opened an entirely new world for me helping me deal with my personal issues, fears and uncertainties. I found my life’s work here – I now know how to work with other plants and once I returned home, I was able to process a lot of interesting knowledge that our ancestors held and that we managed to lose here in the Western World. In the past, there were no drugs, so people were using herbs for medicine – that much is certain.

Why are so many people against this kind of medicine and does it have many opponents?

Since ayahuasca in most countries of the world is deemed to be a narcotic substances and prohibited by law, it does indeed has a great number of opponents. Yet, for the Peruvian culture it is a medicinal plant that has been used for many centuries – a guide towards the spiritual world and their very own cultural heritage. The culture of their shamans is quite different from everything you know here in the Western Civilization.

In my opinion, you need to understand that gaining knowledge is only true when you are doing it on your own, so every person can choose in what to believe. People in the Peruvian retreats do exactly that – they try it on their own for the very first time in a place where ayahuasca has been used for centuries. Only then can they get such an experience that would allow them to decide on their own if it is really a drug or a medicine.

Travel
Disclaimer: The views expressed in the article above are those of the authors' and do not necessarily represent or reflect the views of HighlightStory.com.