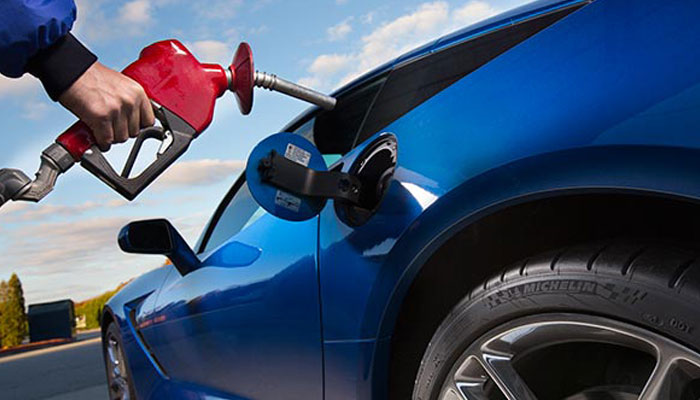 Choice of fuel remains a great mystery for many car owners

There was a time when people did not have to think much before buying an automobile. The only influencing or convincing factor was the maker or at max the outlook of the vehicle. That is not the case anymore since a lot of things have to be kept in mind while purchasing a car.

The modern user of an automobile is more conscious than ever and makes sure that his money does not go waste. To satisfy his conscious instincts, he looks for numerous features in the vehicle that suits his needs, and fuel efficiency is one of them.

Even the selection of fuel has got many customers confused some time they put Wrong Fuel in car like petrol in Diesel or Diesel in Petrol. An expansive variety that is available in the market. Choosing the best fuel type for your vehicle can be somewhat a headache.

This article offers you a helping hand in selecting the perfect fuel type for your ride.

Petrol remains at the top

The ever-increasing choices of fuel types could not dethrone petrol in any capacity. Petrol remains the most obvious first choice fuel type in the market and it has seen a substantial growth in usage over the years. Along with the ambiguities that surround diesel for its emissions, latest petrol engine technologies have also played a pivotal role in petrol’s growth.

The cutting-edge technologies used in developing latest petrol engines have made them very efficient while remaining within the legal limits of carbon emissions.

READ  Transporting & tailoring the horse –Essentials to keep in mind

Petrol comes in two different types which include premium unleaded petrol and super unleaded petrol. Both of them have their distinct properties based on their octane numbers.

This petrol type is also known as Premium 95 RON which refers to the octane level of the petrol. Octane level determines how easy or how difficult the petrol can ignite in the engine where lower number shows the ease to burn and vice versa.

In spite of its name ‘premium’, the standard petrol is sold across Europe. Premium unleaded is a versatile fuel that suits almost all petrol engines. The fuel pumps that provide this fuel type are usually green in colour.

This petrol type has the highest octane number of petrol that is extensively sold in the UK. It is also referred to as 97/98 RON. The higher octane number means the fuel will require more compression to ignite.

Super unleaded is usually used in high-performance engines for cars like Porsches and Ferraris. It can be used in any engine but only a few retain the capability to benefit from it since most engines find it hard to ignite it.

No matter how much popularity the petrol may be enjoying, yet diesel cannot be taken out of the equation. Although in recent years, diesel has suffered a great setback owing to its carbon emissions, in terms of fuel efficiency, diesel is still well ahead of its rivals

Diesel fuel pumps are usually themed in black colour. You may check carefully before entering the fuel station, lest you commit the mistake of wrong fueling.

READ  Going For Off-roading? Here’s What you Should Know

Similar to petrol, there are a few higher performing diesel fuels available in the market. These include Shell V-Power Diesel, BP Ultimate Diesel, and Total Excellus Diesel. These fuels offer a higher cetane number which means that they ignite and burn more swiftly and efficiently.

If you are confused whether to go for diesel or petrol, time to learn about another type. You can get two tastes in one flavour by converting your car to a hybrid. Hybrid is not a fuel but a combination of two fuels which are used separately in the internal combustion engine and a battery electric drive system to surge the fuel economy and diminish emissions.

The number of cars being converted to hybrids is increasing with every passing day. Many companies are manufacturing hybrid cars including Volvo XC60, Audi A3 e-Tron, Toyota Yaris Hybrid and a few more.

Hybrid cars have many perks as the government provides subsidies and tax cuts on them. Other benefits include exclusion from the ultra-low-emission zone congestion charges and home charging point subsidy.

LPG, also known as Auto-gas, is a substitute for petrol. Petrol engines have to be converted in order to run on LPG and an extra tank is fitted to accommodate it. LPG is widely available at a considerable number of garages in UK.

Liquefied Petroleum Gas is quite cheaper than petrol and its carbon emissions are very low. However, owing to its dry nature, the engine starts showing signs of wear and tear earlier than in the case of petrol and diesel. Therefore, if you are an advocate of cleaner atmosphere or prioritize cheap fuel options, LPG should be your choice.

READ  Did you know you can get new tires at home?

Another highly eco-friendly fuel type is biofuel which includes biodiesel and bioethanol. These diesel and ethanol fuels respectively are made from plants and crops instead of oils. Their performance is almost the same as diesel and petrol and can be used as their replacement.

Biofuel has the support of the government who is planning to enhance the usage of this eco-friendly fuel extensively. The petrol and diesel that is sold in UK and all over Europe have little quantity of biofuel in them.

Biofuel works well in engines and their carbon emissions are amazingly low. However, its long-term effects on the engines are yet to be known.

This is Abbie working with GMM1 wrong fuelling assistance from past 5 years. I am an active writer who serves you with words too for your awareness of what to do in case of wrong fuel in car and how to avoid it.
Car
Disclaimer: The views expressed in the article above are those of the authors' and do not necessarily represent or reflect the views of HighlightStory.com.

READ  Points to Keep in Mind while Investing in A Bus Conversion
READ  Did you know you can get new tires at home?
READ  Transporting & tailoring the horse –Essentials to keep in mind
READ  7 Reasons to Schedule Your Car for Regular Maintenance
READ  Driving Schools Emphasizes on Confidence

READ  Want to Enhance Your Car’s Look? Here’s a Step-by-Step Pinstriping Guide from Experts
READ  Points to Keep in Mind while Investing in A Bus Conversion
READ  Going For Off-roading? Here’s What you Should Know
READ  BMW car parts in west London
READ  Land rover parts