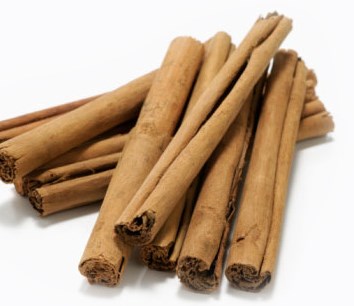 From exercise to low-calorie diet, you might have tried everything for weight loss and still have not succeeded in your attempt. If it is so, you should start adding cinnamon to your diet. You may wonder, why? Cinnamon is a loaded with health benefits which help in suppressing appetite, lowers blood sugar level and cholesterol, and speeds up your metabolism.

Benefits of Ceylon cinnamon are countless, and so are the ways to use it. Here we tell you how you can add cinnamon to your diet.

Boil Ceylon cinnamon sticks in normal drinking water and sip it during meals or whenever you like. You can drink this cinnamon water even before going to bed.

Add it in Coffee

Love your morning coffee? Then sprinkle a pinch of cinnamon powder to your coffee. Along with adding cinnamon, you can cut down the amount of sugar to give a weight-friendly touch to your drink.

Consuming fruit and vegetable juices throughout the day is a healthy habit. However, you can make it even healthier by adding cinnamon. Sprinkle a pinch of cinnamon powder to your regular juice glass. It goes best with apple juice, orange juice, and carrot juice. Cinnamon not only boosts nutrition value of your regular juice but also enhance their natural flavor.

If you are fond of fruit smoothies, you can add cinnamon to it. The spice makes a great addition to fruit smoothies. You can choose combinations of fruits as per your preference. For example, you can prepare banana oats smoothie by blending banana, cinnamon, oats, a cup of milk, two large spoons of yogurt and one teaspoon of sugar. This drink is fit for after workouts or breakfast.

If you take oats or cereal for breakfast, adding a dash of cinnamon will not only improve its taste but also boost its health benefits.

Always remember that regular exercise and low-fat diet is essential while using weight as only a cup of cinnamon tea would not help you burn fat.

Jerry William is working as a health and wellness consultant and have 4+ years of experience in the health industry. He enjoys using reliable data and storytelling to highlight health and wellness opportunities and solve related problems.
Fitness
Disclaimer: The views expressed in the article above are those of the authors' and do not necessarily represent or reflect the views of HighlightStory.com.