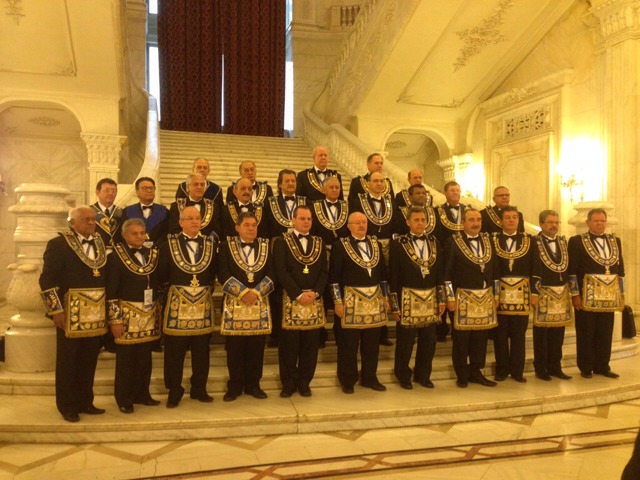 On November 14, 2018, hospitable Panama City, accustomed to noisy conferences, was filled with freemasons from all over the world: for the first time in the country, one of the largest Masonic conventions was held — the World Conference of Regular Grand Lodges.

Despite the fact that the focus of the event was shifted towards America from both continents and also continental Europe, representatives from almost 100 sovereign Masonic structures from more than 50 countries, including Asian structures (Japan, insular China, etc.) were present.

The main intrigue of the 16th conference was the election of the Executive Secretary. Three candidates claimed the post: Oscar de Alfonso Ortega — having a close relationship with Latin America, the head of the Spanish structure, the head of the National Grand Lodge of Romania at the time of the election, supported by secret services and government circles of Romania, as well as career diplomat Ranco Vujacic — former head Serbian Grand Lodge, secretly supported by the British Grand Lodge.

The first measured day of discussion of Masonic values, ways of development of world freemasonry and other pleasant speculative questions was replaced by election day and then the intrigue was revealed in full. Inaccurately prescribed procedures for the implementation of elections, the absence of a credentials committee expectedly led to a scandal and a split in world freemasonry: the Spanish emissary received a simple majority of votes — 39, the other candidates received 30 each. As a result, a number of the oldest and strongest Grand Lodges of Europe did not agree with the election results and threaten to leave the conference.

In general, the elections were predetermined by the consolidated position of the American Grand Lodges, with the active participation of the Grand Lodges of the Federal District of Columbia and New York, which is not surprising in the light of the well-understood practice of disregard by the US representatives of international law in general and Masonic in particular: the creation of the New York Grand Lodge of the Grand Lodge in Lebanon, while completely ignoring the positions of even its own partners from Washington and Edinburgh.

Despite the heat of the Masonic and elective passions, the Masonic spirit did not leave the conference. A few days of close communication between emissaries of the Grand Lodges and members of delegations, warm receptions, backstage evenings.

In particular, a number of prominent government and public figures from around the world were present on the margins of the convention: founder and President of the Metropolitan Communications Group, one of the most important consulting companies of the US State Department, Akram Elias, Ambassador of Montenegro to Germany Ranko Vujacic, former bands of Argentina in Moscow Pablo Anselmo Tettamanti, former Iranian ambassador to the UK Robert Heyat, head of the government office of Latvia Maris Krastins and many others.

The position was actively voiced (not even denied by the representatives of Washington) about the excessively active unlawful US imposing its legislative norms on other countries, about undermining the security architecture that had developed after World War II, about wanting to privatize and control nuclear, computer security.

In general, many representatives agree with the thesis that active intervention in the processes abroad by the United States can create prerequisites not only for social and economic upheavals, but even for attempts to forcibly overthrow power.

READ  Changes to Come to Automobiles in the Next Five Years

It is a pity that such understanding and conversations, at times, penetrate places free from politics — freemasonry.

Freemason since 1999, delegate of most conferences about freemasonry in the world. Grand officer of GL of MD.
News
Disclaimer: The views expressed in the article above are those of the authors' and do not necessarily represent or reflect the views of HighlightStory.com.

READ  U.S. President Donald Trump bangs ‘witch-hunt’ over General Jeff Sessions
READ  Changes to Come to Automobiles in the Next Five Years
READ  Five Primary Sources of Stress Caused by Coronavirus and How to Counter Them
READ  Brexit! A Slow and Silent killer Infects the Automotive Industry
READ  Apple aiming to manufacture its Electric Cars by 2020

READ  Android 8.0 Oreo Officially Announced With Cool New Features
READ  Sending Cargo? Here are Some Tips to Save Money
READ  Families First Coronavirus Act by the US: What’s In for CHROs
READ  Five Primary Sources of Stress Caused by Coronavirus and How to Counter Them
READ  Apple IOS – 3 Latest News About Apple iOS 11