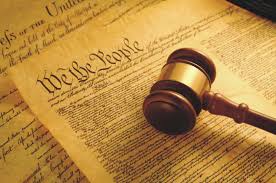 Assume that you were going to your cubicle when suddenly you felt that you stepped over an object and fell with your head smack on the ground. Drops of blood were quick to move out your head. You had a pretty good idea who was responsible and wanted justice. You sued the guilty person or party by filing a negligence claim. This article is about the common defenses that the guilty person, or the ‘defendant,’ may use in a negligence claim.

If a defendant successfully proves the following points, he or she wins and you lose!

Your attorney has to prove negligence and the defendant’s attorney is responsible to prove innocence. For this purpose, he or she may use any of the following doctrines:

Proving this may save the day for the defendant. This defense to the claim is applicable if the defendant proves that the plaintiff shares a contribution to the harm he or she suffered. In other words, you were also responsible for the fall because you were not careful.

Another example is of a pedestrian who crosses a road and gets hit by a driver who was himself walking negligibly. Can the pedestrian get full compensation? The pedestrian may be barred from complete and full recovery of damages from the driver because he or she was negligently crossing the road.

READ  What is Considered Negligence in a Car Accident?

This doctrine often disallows compensation to a person who was slightly negligent and the person who is responsible for causing greater harm gets away. For this reason, most states now use comparative negotiation instead.

This can be resolved by using any of the following ways:

Pure Comparative Negotiation – You may be given a percentage of the damages equal to the extent the defendant is found to be negligent.

Modified Comparative Negotiation – You, as the plaintiff, will only be given recovery, if your negligence is found equal to or less than that of the defendant. In other words, the defendant was more negligent than you.

Slight-Gross Comparative Negotiation – You will be recovered if your negligence is found to be ‘slight’, and that of the defendant is found to be ‘gross’. For example, if you develop a disease as a result of a harmful drug, you are held less responsible and the drug manufacturer is held more responsible of negligence if the drugs were not properly tested and no warning was issued.

Assumption of Risk – If the plaintiff assumes the risk involved in the activity but proceeds with that activity, he or she is not liable to any recovery. In this case, the plaintiff had complete knowledge of the dangers involved. For example, wrestlers know that risk of severe injury to death is involved in professional wrestling, but they still risk their lives. If they are injured, such as broken bones, they cannot sue the wrestling company.

READ  How Can a Lawyer Help You Fight Police Brutality?

For more details on some of the common defenses used in negligence claims, get in touch with a criminal defense attorney right away.

READ  The Chapter 13 bankruptcy Florida litigation petition can help save your assets
READ  How Can a Lawyer Help You Fight Police Brutality?
READ  What is Considered Negligence in a Car Accident?
READ  5 Most Common Legal Services Restaurant Owners Tend To Need
READ  What Is a Criminal Lawyer’s Duty to Their Client and Its Exceptions?

READ  What Is a Criminal Lawyer’s Duty to Their Client and Its Exceptions?
READ  How to Choose a Bankruptcy Lawyer
READ  Texas General Liability – Most Vital Tips
READ  5 Most Common Legal Services Restaurant Owners Tend To Need
READ  5 Reasons to Hire A Lawyer for Probation Violations