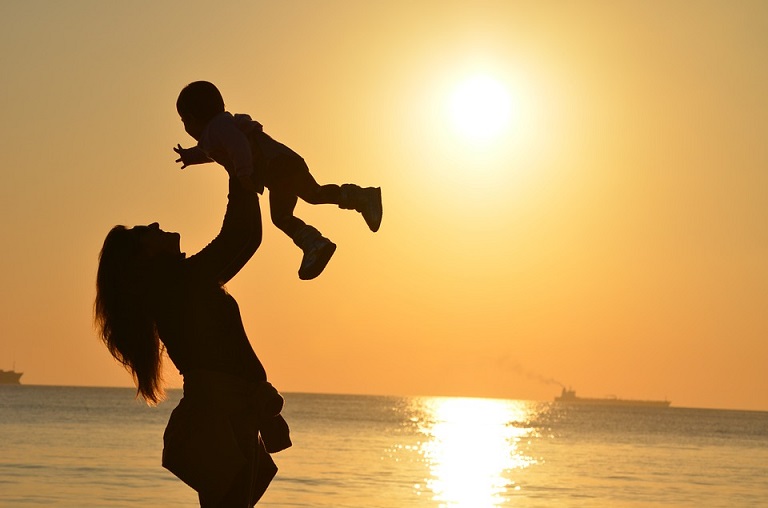 In a family there are two individuals generally are entrusted with the task of taking care of kids. The mother and the father together make a family, and it is not only for emotional support but also financially it is very important to have two earning people in a family so that the children can be raised properly without unwanted financial problems but when the responsibility of kids fall on a single parent then managing the household becomes a huge affair.

Each and every financial aspect has to be taken into consideration for managing the resources appropriately. When the funds are adequate then allocating money for several purposes is not a big deal but when the inflow of money becomes slim, then the allocation of funds becomes difficult, and scarcity is observed in one or many cases. In this troubling situation, it is important to take some strict measures so that the finances can be handled properly.

As a parent who has to manage all the financial expenses single-handedly it might seem a challenge, and in many cases, credit cards are swiped, or bank loans are taken to negotiate the monetary problems however when credit is taken from any source the repayment becomes a bugging problem. If the financial situation is fine then taking credit for some temporary issues is fine but when the credit is taken but the financial situation doesn’t improve then the threat of debt becomes a pronounced issue. If quite a number of defaults are observed in the payment of loans, then the person is said to be suffering under debts. The higher the amount of debt the more pressure it creates on the finances. The longer a debt account often stays the leeching of personal funds will be observed. Minimum payments only prolong the process of the loan repayment, and it can tax the finances severely.

The accumulation of unpaid balances is obviously a huge affair for a single parent because for a single parent it is not only the personal expenses which have to be met, but the spending is also important for the future of the children. Therefore, on a single person’s income, the whole family depends because children up to a certain age do not earn money and they have to be educated so that they can earn for themselves in the future. The multiple payments can very well cause the debt that a single parent acquire she/she has to make, but that won’t aid the person in the case of debt relief. If the debt is too high in amount and cannot be paid by the single parent, then one can try to acquire a settlement with the lending institute. The success rate of settlements can be gathered from the statistical data of debt settlement ratings.

The actions needed for making a settlement with a lender

If a person is sure that debt settlement is the only route for paying the debt, then one should be ready with all the financial figures to convince the lender. The settlement claim is evaluated vigorously because the borrower will not pay the lending company the whole debt amount. Instead, a sum which is lower than the entire outstanding will be paid in a single installment. The sum paid will be a good amount, but still, it won’t be equal to the debt amount. Hence the debtor is lowering his/her outstanding and attempting to close the debt account which is why the lender examines the financial data of the individual very carefully. Therefore, if a person needs to make a settlement claim then the following things ought to be done prior to the initiation of negotiation:

For any debtor seeking a settlement, he/she has to pay an amount to the lender or lending institute. This is the amount which will close the debt. Therefore before moving on to settlement one has to calculate the maximum sum which can be paid by the debtor for settling the loan. There is no guarantee that the settlement will be accepted, but one has to prepare and chalk out the amount which he/she can pay because that sum has to be quoted in the settlement claim.

When the financial situation is unstable, then funds often get used for a variety of purposes. However, for settlement, the sum has to be specifically kept aside and untouched because one settled loan is one less debt which a person has to pay. The sum should be kept in an account so that immediate payments can be made if the lending company accepts settlements.

One needs to be extremely patient and ask for meetings for settling a loan. The lending agency might not initially agree, and rejection can always be faced by the person, but it is important to persevere and get the debt settled as soon as possible.

Therefore, for closing unpaid loans thorough settlements, there are some important tasks which have to be conducted prior to the procedure of meetings and negotiations.

Marina Thomas is a marketing and communication expert. She also serves as content developer with many years of experience. She helps clients in long term wealth plans. She has previously covered an extensive range of topics in her posts, including business debt consolidation and start-ups.
Parenting
Disclaimer: The views expressed in the article above are those of the authors' and do not necessarily represent or reflect the views of HighlightStory.com.