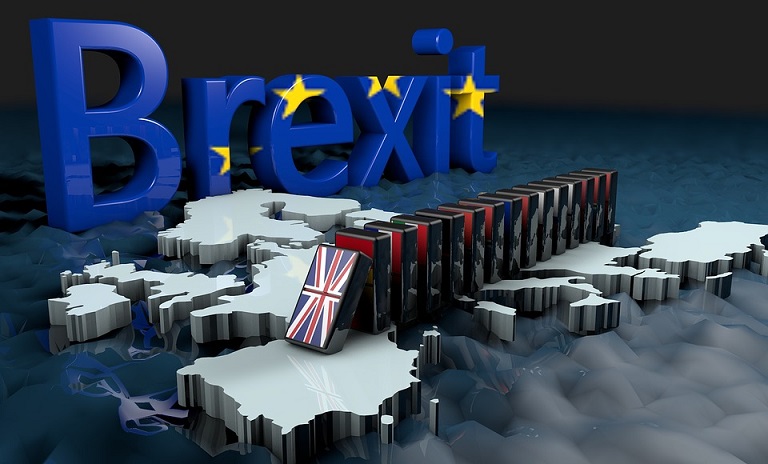 Was Brexit a mistake? The aftershocks are beginning to hit the UK car industry as new challenges arising which are caused by Britain’s vote to leave the EU.

The aftershocks of Brexit are coming slowly and the UK has started facing the consequences of the decision to leave the European Union. After seeing worse effects on the several other sectors, now the genie of Brexit is capturing the car industry of the country.

This situation will leave many people jobless in the UK. Although JLR says that they have plans to limit the production but the union chiefs fear this is just the foreword. The overall situation is going to be even more dangerous in the coming days.

What do experts say?

Majority of the industry experts are thinking that it is just the beginning of the bad days coming soon and all this happen because of Britain’s vote to leave the union. The industry also warned by the experts that they should not underestimate the risks to the businesses that the Brexit is bringing to the UK.

John Cooper, a union leader believes that the Brexit will hit the UK badly and they will face the consequences even worse than they faced in the last recession period. He worked as a union representative in the Ellesmere Port in the UK.

This is the same area where Vauxhall is doing business for last 50 years and production of its most admired family cars including Astra took place at the Ellesmere production facility.

READ  Apple aiming to manufacture its Electric Cars by 2020

The Japanese automaker Nissan has recently moved its production to Spain and limited the production process in the UK. Some experts still thinking that why still Nissan investing in the north-west of the UK even they have moved their business to Spain to save the 10 percent tariff. In Spain, they manufacture their same models without paying 10 percent tariff.

Why are automakers moving abroad?

One of the major reason is new taxes and tariffs and many other hurdles which are stopping the businesses to continue in the UK. These tariffs and other hurdles in the trade could be dangerous and even risky for the industry and will push the automotive to leave the country and move their businesses abroad.

Nissan doesn’t have a different story, they got hit by the Brexit and decided to move their manufacturing facility to Spain. BMW and the Mini are also the same, previously manufactured in the town of Oxford but they have also decided to move their parts production to France and before reaching the production line, crankshafts and other engine parts come from France. Shipped to the BMW production facility in the Hams Hall Birmingham. BMW only assembles engines in the UK now. The final vehicle assembly facility is in Austria.

READ  Families First Coronavirus Act by the US: What’s In for CHROs

The Customs Union ruled out

The government has recently ruled out the customs union in the UK and they will help out to reduce the friction in future. On the other hand, regulations and new trade rules will also work as massive obstacles. Then new quotas for several businesses will work to push the businesses on the back foot. The terms and conditions of the final deal will also play a vital role in defining the new rules and terms of businesses.

The unions in the UK are pushing the Labour Party to save the situation which is going even worse with every passing day. The Labour party is now trying to save jobs in the UK and trying to push the businesses to make plans to protect jobs. They are now after the businesses who crushingly voted for the Brexit.

The Labour party is trying to figure out the terms of the deals if they got chance to make with these businesses. On Friday, the Institute of directors anticipated a hybrid customs arrangements. They believe that these arrangements will help the government to save the industry while it will also give the UK some chance to deal with the overall business situation.

There is another overwhelming side effect if the Brexit, automotive industry is going to face the elevated costs of production or even assembling a car. The cost of assembling a car in the UK will increase by £2375 when a 10 percent of the tariff would be imposed. These are the estimated increase in production costs based on the London PA Consulting.

Production plants closures are likely to happen at the Japanese automakers where Nissan has already decided its future plans while Toyota and Honda are looking to the footsteps of their country fellow to save the tariffs and the other increased production costs. Another factor which will push them back is the surplus production.

READ  US-China Trade War: A Timeline of the Recent Events

The surplus production will further cost them export tariffs and foreign companies won’t make their permanent place in any country where they don’t see any profitability. The UK will be the same country soon and there will be no profitability if these businesses will continue with the UK, says Japanese ambassador to the UK.

Mr. Koji Tsuruoka thinks that leaving the UK is as simple as that and their companies do not want to increase costs of the production. He further said that these are the top stakes that everyone must bear in mind.

Workers working in these Japanese companies are local and they are not necessarily changing their thoughts and minds towards Brexit.

On the other hand, local manufacturers are also worried about the Brexit and at the Halewood plant, a worker said that he voted to leave the European Union just because to stop the migrant workers who are crossing the open borders and making the local’s life harder by working on very depressed wages.

He further said that he is more than happy on his decision to leave the EU and become the citizen of free Britain but not the way government trying to do.

Visiting beautiful sites and finding out the moments which make me happy when I am alone is the most important part of my life. I believe that nothing is interesting if you are not interested. Always ready to take challenges.
News
Disclaimer: The views expressed in the article above are those of the authors' and do not necessarily represent or reflect the views of HighlightStory.com.

READ  Sending Cargo? Here are Some Tips to Save Money
READ  US-China Trade War: A Timeline of the Recent Events
READ  U.S. President Donald Trump bangs ‘witch-hunt’ over General Jeff Sessions
READ  Intrigues of the World Masonic Conference
READ  Families First Coronavirus Act by the US: What’s In for CHROs

READ  Apple aiming to manufacture its Electric Cars by 2020
READ  Five Primary Sources of Stress Caused by Coronavirus and How to Counter Them
READ  US-China Trade War: A Timeline of the Recent Events
READ  Sending Cargo? Here are Some Tips to Save Money
READ  Intrigues of the World Masonic Conference