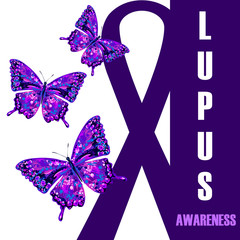 May is celebrated worldwide in commemoration of people living with Lupus and also raises public awareness about the disease. Join us and let’s be in support of those fighting against this wicked illness and put on a PURPLE color this month.

According to Lupus Foundation statistics, it is estimated that at least five million people around the globe are faced with the daily struggles of lupus disease.

Historically, most people died from lupus primarily from kidney failure.  However, over the years lupus treatment had seen improvement and about 80 to 90 percent of lupus patients can live a normal lifespan.

According to Lupus Foundation and World Health Organization, lupus is a chronic, autoimmune disease that can damage any part of the body including internal organs such as the heart and lungs as well as a person’s skin and joints.

In Lupus, autoimmune is created, which means that the immune system fails to recognize the difference between healthy tissues, germs, bacteria or viruses.

Usually when that happens, the body’ defense system becomes overactive and creates auto (self) antibodies that destroys the healthy tissues in the body and then the body attacks itself. 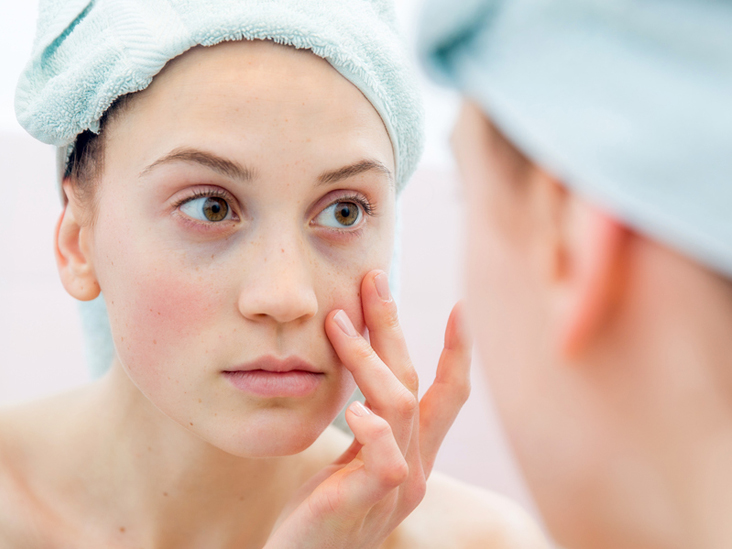 Lupus is not a death sentence and yes it is not curable but it can be managed with medication and a healthy lifestyle. Many people around the world today live with the daily struggles of lupus. It can affect anyone, at anytime.

Over the years, we have seen many celebrities come out openly about their health conditions. Toni Braxton is one of the celebrities that disclosed her lupus diagnosis in 2010. She has lived with the disease for about 8 years now. Singer, Selena Gomez also came out about her condition in 2015 and K. Michelle was also recently diagnosed and many others such as Nick Cannon etc. This is proof that lupus can be treated and manageable.

According the South African Medical Students Association some of the general symptoms include the swelling of hands, feet, legs and around the eyes, hair loss, headaches, fever, abnormal blood clotting, painful joints, fatigue, pain in chest, sun or light sensitivity.

Lupus Foundation said the central nervous system such as depression, stress and anxiety seizures, strokes, headaches and memory loss can also contribute to the symptoms of lupus.

Lupus is believed to be a mysterious illness that cause myriad of symptoms that can ravage different parts of the human body.  Studies have never been able to exact any reason why people get the disease; however it has discovered that the disorder is mostly prevalent in countries such as Africa and North America as compared to Caucasians.

Research has also found that lupus strikes mostly women of color and women of childbearing age. However, that does not exclude the fact that men, children and teenagers can still get lupus too.

Some of the factors that have been discovered to may play a role in lupus include:

There are currently four diagnoses of lupus:

Systemic Lupus Erythematosus – that is believed to account approximately 70% of lupus cases. With systemic lupus, a major organ or tissue in the body is affected such as the heart, lungs, kidneys or brain.  The disease may affect several other body systems hence it’s called systemic.

Cutaneous Lupus Erythematosus- the disease usually presents itself as a dermatological disease and affects the skin. Exposure to the sun may trigger it making patients photosensitive. Usually the rash turns red, flat or slightly raised and may appear scaly.

Drug-Induced Lupus Erythematosus- is believed to be rare and can be caused by certain prescription drugs that are usually taken over a long period of time.

Lupus Foundation said, “the most common medications linked to this include isoniazid, hydralazine and procainamide yet there are common widespread other medications that are also known to trigger an onset of the disease.”

Signs and symptoms include joint pain, fatigue, inflammation of the heart, and muscle pain. It is advisable that people disclose the side effects of the medications they’re taking to their doctors.

Neonatal Lupus Erythematosus- is usually transferred from mother to child during pregnancy. It is a commonly rare condition in which the mother’s antibodies affect the fetus, which then weakens the immune systems to defend the body against the threat of viruses or bacteria.

Usually at birth, the child may have a skin rash, liver problems, low blood cell counts but the symptoms typically disappear in a few months with no lasting effects.

In South Africa, there are no accurate statistics on people living with the disorder; however many people are directly and indirectly affected by the disease.

We believe more work still needs to be done with raising awareness in the country.

Post submitted by Healthshare
Health
Disclaimer: The views expressed in the article above are those of the authors' and do not necessarily represent or reflect the views of HighlightStory.com.

READ  Why Using Shakeology Cost Is Important?
READ  The New Era Of Wellness & Yoga Retreats All Over The World
READ  35 Delicious and Healthy Smoothies to Lose Belly Fat as Early As 3 Weeks!
READ  Blood Transfusion Diagnostics Market: Important factors likely to drive the Industry
READ  All Weleda Products: Their Functions and Benefits